Is your dog suffering from separation anxiety? Are you so apprehensive about your dog’s behavioral issues? So, don’t panic. Just calm yourself and read out the whole article, “Dog Separation Anxiety Medication Over the Counter”. Wasting no time, let us start.

Separation anxiety is the most discussed among all the anxieties in dogs. It can have a drastic effect on the health of your dog. You should go through keen observation, regarding the behavioral changes in your dog.

If you have witnessed the signs and symptoms (as mentioned below) of separation anxiety, then go for a vet’s consultation as well as over-the-counter medication.

Also Check: What Kind Of Doctor Should I See For Anxiety?

Separation anxiety is the most common type of anxiety in dogs. Its major cause is the fear in dogs, of getting separated from their owners. According to the experts, about 40% of domesticated dogs suffer from separation anxiety.

Supplements aid to lower the sufferings from separation anxiety. Many supplements are safe to use.

Supplements supporting ingredients in lowering the separation anxiety of your dog. It will help your dog to learn new behavioral and emotional responses to stress-stimulants.

The calming supplements are directed to target the neurotransmitters of the brain including oxytocin, dopamine, serotonin, and endorphin. These help to regulate the mood of your dog.

The over the counter supplements help to regulate the autonomic nervous system of your pup. Thereby controlling digest, fight, rest, and flight responses.

Some supplements are based on ingredients like valerian, and melatonin, that have sedative effects. These induce calm behavior and remove initial anxieties in your dog.

What Can I Give My Dog for Anxiety Over the Counter?

You can give over-the-counter supplements to your dog, for initial anxiety symptoms. You can also go for the over-the-counter drug i.e., Benadryl for separation anxiety. But it is recommended to get your vet’s advice before medicating your dog.

Melatonin is a hormone in dogs as well as in humans. It regulates the sleep cycles. You can also go for a supplement that contains melatonin.

It can calm your anxious pet, but the research regarding its use for separation anxiety is insufficient. This dog anxiety medication side effects include drowsiness and digestion issues.

The pheromone-containing supplements can be given to your dog. It releases a synthetic chemical scent like their puppyhood.

Pheromone helps to make your pup more comfortable and secure. Research has proved that the use of pheromone for dogs with separation anxiety has many positive effects.

It works by sending soothing and sensation-free microcurrents to the amygdala, the anxiety center in the dog’s brain.

Researches have shown that Calmer canine helps to lower the behavioral changes among dogs, due to separation anxiety. Its best characteristic is that it bears no side effects.

Some dogs are so intelligent that they know the indication when their owners are going to leave. These intimations might include grabbing the keys or many more.

Just after getting the clue, the symptoms of separation anxiety will begin to appear. Experts have analyzed that dogs that are hyper-attached to their owners are more likely to have such anxieties.

The pups that live in a house, having only one individual are more vulnerable to develop separation anxiety.

Yes, Benadryl is the best medication to calm a hyper dog. It helps your dog to feel some relief. You should always consult your vet before administering any medicine to your pup, even if it is over the counter.

Benadryl is a light, over-the-counter drug. It is an antihistamine with excellent relaxing properties.

You should be very careful in dosage amount, a single overdose can be harmful and difficult to treat.

The antihistamines are very tricky to use. A minor extra dose can have toxic effects instead of desired clinical benefits.

Lower doses of Benadryl can cause stress to your dog. However, excessive doses can cause anxiousness, seizures, agitation, and hypertension.

Even humans cannot bear the under or overdoses of such a drug, that has too narrow safety boundaries.

Some owners think that those dogs, who are prematurely separated from their mother parents are more expected to have separation anxiety.

However, researches have proved it wrong. There is no relation between separation anxiety and the timing of weaning off the mother parent.

What Is the Best Medication For Dogs With Anxiety?

There are several dog separation anxiety medications over the counter. However, in this section we will go for some prescribed medications.

Amitriptyline is prescribed for separation anxieties as well as general apprehensive responses in your dog. Amitriptyline is a tricyclic antidepressant drug. It affects by enhancing the levels of neurotransmitters i.e. norepinephrine, and serotonin in the dogs.

Amitriptyline is found in the form of tablets that can be given by mixing in your dog’s food. The doses of amitriptyline should be gradually lowered if taken for one or two weeks.

However, it is also fruitful in other types of anxieties. It is dispensed in the form of tablets. It is also a tricyclic antidepressant medicine and its working is the same as amitriptyline.

Its effects on your dog will appear usually after several weeks of intake. However, it will take about two months to decide whether it is suitable for your dog or not.

Reconsile is also an FDA-approved drug for separation anxiety in dogs. It can also be prescribed treatment for other types of anxieties. It is also effective in behavioral issues like chewing, circling, aggression, and self-mutilation.

Fluoxetine belongs to the SSRIs medication category. It works by enhancing the levels of neurotransmitters i.e. serotonin in the brain of your dog.

It is dispensed in the form of tablets, capsules, or even in liquid form, for oral intake. It is usually prescribed in conjugation with other behavior-changing drugs.

Paroxetine is prescribed for general anxiety-related behavioral issues like aggression, self-mutilation, and fright of noises in dogs. It can also be used as dog noise anxiety medication.

It also belongs to the SSRIs medication class. It is available in the form of tablets and liquids.

Alprazolam is prescribed for dogs suffering from situational anxiety. It belongs to the benzodiazepine class of tranquilizers. It works by lowering the functionality of certain parts of the central nervous system (CNS). It is effective only for moderate anxieties.

What Do Vets Recommend For Separation Anxiety?

Despite the dog separation anxiety medication over the counter, you should go for prescribed medication by vets.

A severe form of depression anxiety can be much disturbing for your dog. There are several anxiety medicines that your vet can recommend.

Some anxiety medicines like Xanax for dogs, cannot diminish depression symptoms however, they can relieve anxiety. Such medicines include benzodiazepine drugs.

Some dogs, who suffered from anxiety as well as depression. Such dogs can be given SSRIs and antidepressants like clomipramine and fluoxetine.

These are available only when prescribed. The vets carefully monitor the doses of such drugs to regulate the serotonin level of your pup.

The pheromone-based drugs are so formulated to imitate the natural calming scent of the mother dog. The Adaptil drug is non-toxic. It contains synthetic pheromone to calm the pups with separation anxiety.

What Do Vets Give Dogs For Anxiety?

Sertraline is prescribed for various anxiety-related problems like thunderstorm phobia, fear-based aggression, and separation anxiety in dogs. It also belongs to the SSRIs medication class. It works by increasing the neurotransmitter serotonin level in the brain.

It is available in the form of tablets and liquid. Its doses should be lowered gradually if taken for about two months or longer.

Buspirone is prescribed for anxiousness in dogs, during social interaction. It belongs to the azaperone class of anxiolytics. It works as a mild anti-anxiety drug. It is dispersed in the form of tablets.

Sileo has been approved by FDA for dogs with noise aversion. It is an alpha-2 agonist. It works by lowering the brain’s activity in certain parts of your dog’s brain, thereby reducing anxiety levels.

It works best when given before the triggering noise event. It is dispensed in a multi-dose tube in the form of a transmucosal gel.

Sileo should not be swallowed. It is absorbed through the membranes of mucus when applied between the cheeks and gums of your dog.

Diazepam is used for various issues in dogs. However, it is best as an appetite stimulant, seizures-control, muscle-relaxant, and anti-anxiety medication.

Diazepam should be given to dogs before anxiety attacks. It can be given at the initial signs of anxiety. It belongs to the benzodiazepine class of tranquilizers.

It works by reducing the activity in certain parts of the CNS. It is dispensed in the form of tablets, liquids. It can also be injected or can be given by other routes.

Also Check: How to get a job with social anxiety

Drawing towards the end of my article, “Dog Separation Anxiety Medication Over the Counter”. I would only suggest that despite prescribed and over-the-counter medications, you should also go for other practices.

These include soothing massage as well as a predictable environment for your dog.  These will enhance the effect of the medication, thereby providing fast relief to your dog.

Also Check: Can I Get Disability For Depression And Anxiety? 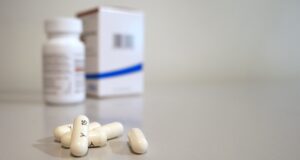 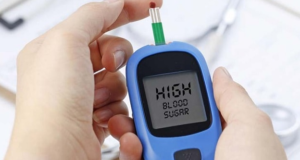 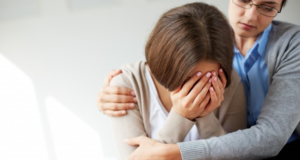